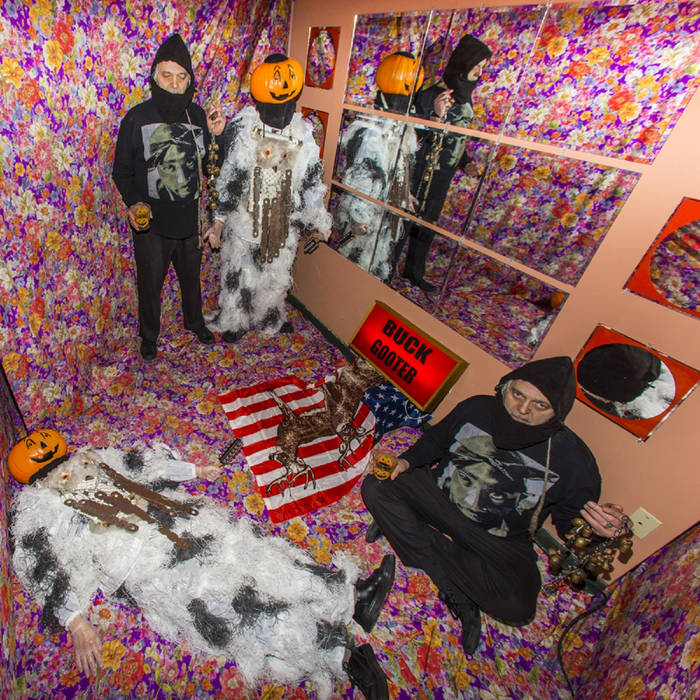 Buck Gooter have the uncanny ability to maintain the energy usually reserved for the bands on their first or second record. How many albums in are they now? My shelf says well over ten. It is pretty amazing how hard they are able to bring it every single time.

As we listeners go further down the road with the Goot, we are rewarded for our attentions by the band’s new effort, 100 Bells. It is, in many ways, much like previous BG slabs, where the Billy and Terry are all in, crackling with energy and taking great issue with the universe but this time around, there is a streamlined, mission specific adherence to the percussion tracks that nail down many of the songs that are indicative of a band that knows exactly what they want to do. Long time fans know that meteor lodging in the earth velocity beats have always been a primary propellant in Gootworld but on 100 Bells Billy and Terry are confidently in control of this awesome element and use it to great advantage. On Pray to God, the rhythm is oppressive and seeks to overwhelm Billy, who is thrown into battle, giving him no options but to either fight or submit. Unsurprisingly, he chooses the former, and his vocal prevails.

Again, the rhythm tracks, along with well placed guitar tracks on 100 Bells make for some of the best music Buck Gooter has ever put across. It is obvious Billy and Terry are well aware of where they’ve been and want to keep moving. After a couple of listens, go back and check what’s happening with the guitars as far as effects and playing. BG is definitely taking things to some interesting places.

As Buck Gooter refine and build upon their skills, they are able to infuse some subtlety into their music, which is indicative of a band evolving. Proof of this is apparent all over 100 Bells and as examples, The Dissolved Song and Hey Lou show aim, balance and a hard shine restraint that makes these tracks some of their best work to date.

Perhaps one of the sharpest observational lyrics the band has ever put across can be found on One War. “There’s only ever been one war / A war on the poor.” Not only are they right but the message is woven into music that allows the listener anger and empathy. This grasp and strength were not in Buck Gooter’s skill set when they started out years ago.

Like when you can finally run the entire course wihtout stopping to rest, Buck Gooter, through countless hours almost monastic devotion to their music, are earning their chops, some might say, “the old fashioned way.” There is a lot to like on 100 Bells. The more you listen, the better it gets. Buck Gooter are not only consistent but turning out to be one of the most dependably solid bands out there.

2017 will be rough by any estimation but with 100 Bells at the ready, you’ve definitely got some traction.

TO BE PLAYED AT MAXIMUM VOLUME.

Bandcamp Daily  your guide to the world of Bandcamp

New sounds from Mavi, Ivy Sole & Moderator, plus AJ, the One joins the show, for her latest release